Converse are everywhere down Old Street 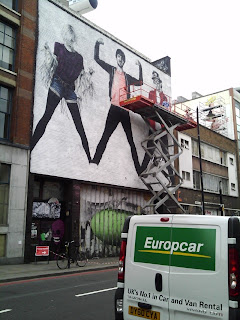 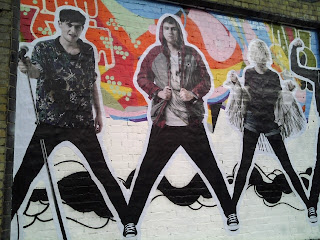 A few weeks back I saw this old wrinkly geezer sporting some clothes on a billboard in Old Street station. I thought that's a bit odd; a) they don't usually put random old men down in Old Street - its usually nubile young OMG models a la boohoo.com and b) he bears a striking resemblance to Bernard Sumner. Then I saw another fairly non-descript guy who bore a passing resemblance to that geezer out of Coronation Street. Then it clicked.
I haven't done any research on it, but if anyone can elaborate by adding a message that would be great. Converse seem to have gathered a selection of actors and singers (most of whom are unknown to me) - can anyway tell me who the others are?) and lined them up in Converse clothes and shoes. The fact that one of them is Bernard Sumner, lead man of New Order, and poet' laureate to millions of co-dependentts and emotinal juveniles during the eighties is in itself enough to produce a buzz in me.
But Converse's campaign is noticetable by its scale. Three things in particular strike me. One they took down the conventional advertising board in Old Street escalator to plaster the walls with their endless Christmas party hat cat walk of models. Second, they are putting adverts everywhere that they can, including the 333. And finally they seem to have even enlisted local artists to create some great big murals, mimicking theiir adverts, outside Village Underground and up Curtain Road.
As an advertising campaign it has certainly etched its presence in my mind; and enabled some esrstwhile  never considered mental connections - Bernard Sumner, Corrie, Converse. It also reminds me of the fact that Old Street seems to be the cultural capital of streetwear - its where (wear?) its at - certainly for London, and maybe even for Europe.
But finally, it is a reminder of how, at least in this part of London, street art has always had a very accepting relationship with commercialism and consumerism.
See Ravish London article on London street art for more. 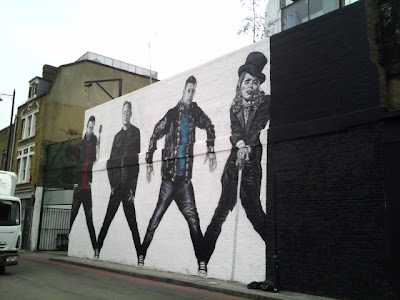 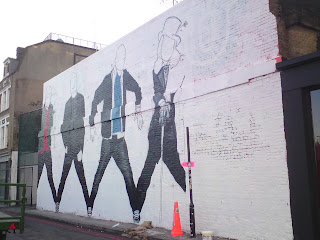 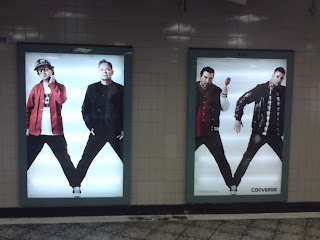 Update [20 Nov]...
Street artists at Village Underground have since worked on the Converse design, evolving it to give us these incredibly awkward skawky skorky images.... 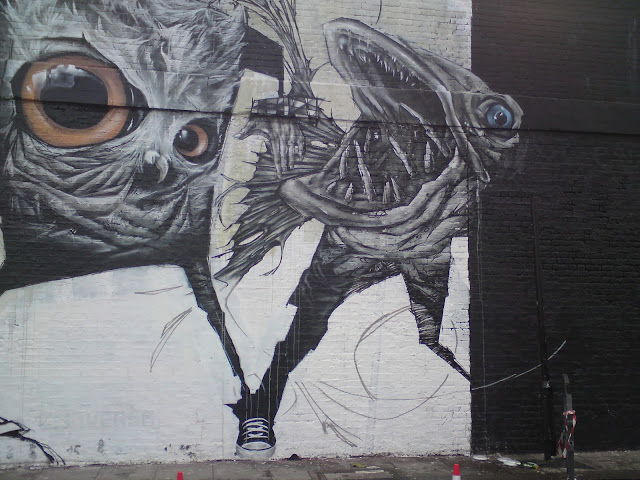 Which seems to be in the same style as the work displayed in the car park opposite... Some of the best street art in London. 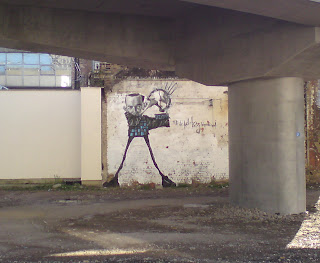 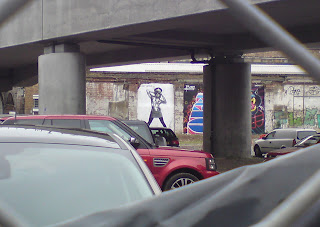 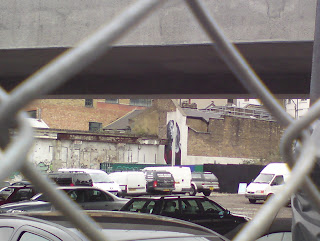 Some of the best street art in London here.
Posted by Ravish London at 9:47 AM